5 Jaw-dropping Behind the Scene Facts about The Masked Singer

The Masked Singer has garnered popularity in no time since its premiere on January 2, 2019, on Fox. Robin Thicke, Jenny McCarthy, Ken Jeong and Nicole Scherzinger operates are the judges and Nick Cannon is holding the helm as the host. Raven (Ricki Lake), Unicorn (Tori Spelling), Poodle (Margaret Cho), Deer (Terry Bradshaw), Pineapple (Tommy Chong), Hippo (Antonio Brown) and Alien (La Toya Jackson) have been unmasked. The final 6, who will compete to win the title, are Bee, Lion, Monster, Peacock and Rabbit. As the show is gaining popularity as ever, here are some facts about the hit show that you might not know.

Not every participant on the show are singers, but viewers do want some feel-good performances on a singing show. Previously, executive producer Craig Plestis shared about the use of auto-tune in the performances. Nick Cannon further explained,

Everyone had to sing live and they only had one take each…There’s certain songs, especially nowadays, every song has auto-tune [in] it. So if you want to be accurate and sound good and sound like the song, you’re going to have the vocal effects. So we had a great team of producers and mixers that kind of made them sound exactly or as close to the record as possible.

The dress-code of celebrities is one of the main attractions of the show, all thanks to Emmy-winning designer, Marina Toybina. As per executive producer, Izzie Pick Ibarra, the singers got to choose theme-costume, or they could select and ask for something bespoke.

To maintain the authenticity of the show, the contestants are not allowed to meet each other without their disguised look. The unmasked Raven, Ricki Lake shared,

I did not know who anybody else was…We were sequestered for the most part, and whenever we were in the same vicinity, we were completely covered. They were diligent about making sure we had the hoods and the visors and the whole thing. 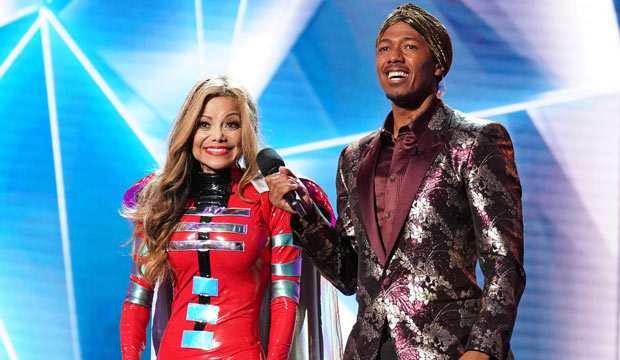 A lot of the celebrities had their managers or publicists also be covered because they were recognizable.

When a show is pre-taped, then there’s a high probability of information being leaked. For instance, the live audience of AGT: The Champions spoiled the details of the show. So, to safeguard the results, the audience has to sign nondisclosure agreements. Executive producer Craig Plestis shared,

Everyone who came to the set, who were in the audience, they had to sign [nondisclosure agreements]…And when we actually had the unmasking … the audience itself was mainly composed of friends and family. And we asked everyone also involved on the show, when this was taping, ‘You are here for something special. This is our first time we are taping it. We hope you keep it quiet. You can tweet and talk about it the day it airs after the unmasking, but you are part of our family now, and we’d ask you to please keep this a secret.

As the show is already a hit, there’s going to be another season as well. They jokingly said that they have contacted The Pentagon for security.