Modern Family actress Sarah Hyland and her beau Wells Adams are making headlines amid the Holiday season. They have been together since October 2017 and it’s hard not to smile looking at the goofy yet cute pictures of the couple. More recently, they made headlines after they got caught on the Kiss Cam at the Los Angeles Lakers game on December 21. Instead of going for a simple smooch, they went on for a sword fight with their tongues. While we do love the chemistry of this adorable pair, let’s have a look at the guys Sarah dated prior to her relationship with former The Bachelorette contestant.

The two started dating after they co-starred in a 2014 movie, Vampire Academy. After dating for two and a half years, they decided to stay friends after their relationship “simply ran its course.” 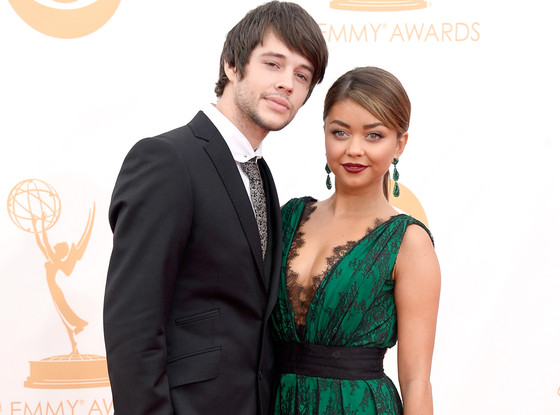 The 28-year-old was in an abusive relationship with her ‘High School Musical 3’ co-star, Matthew Prokop for five years. They broke up amicably in 2014, but she later filed for a restraining order in September 2014 against him “due to his mental state and attitude against her.” The Young and the Restless actor Max Ehrich was the first public boyfriend of Sarah. They broke up in October 2008 after dating for a year.