Darci Lynne Farmer propelled to fame after winning season 12 of America’s Got Talent in 2017. She first walked onto the stage with her puppet Petunia wearing a contagious smile on her face and stunned the judges and audience with her powerful voice (of course with her mouth closed) and perfect comedic timing. The then-12 years old contestant earned golden the buzzer from judge Mel B for her outstanding performance of Porgy and Bess’ Summertime. After stunning judges and audience and winning the heart of America she walked out as the third child act, third ventriloquist and also the third female to win the show.

From appearing on popular talk shows and headlining her own shows to touring in different cities of the US, she has had a busy and fascinating career. Today, let’s take a look at some facts you might not know about this little champion.

Who knew that the girl with amazing talent was terribly shy and usually refused to sing in front of her own dad?

Darci got into ventriloquism at the age of 10 when she asked her parents to buy her a puppet, but she was too shy. While talking to Tampa Bay Times, she shared,

It was hard…I wouldn’t talk to people. I would hide behind my mom. I wouldn’t look people in the eye.

Her parents, who balked at the idea at first, were supportive enough as she started taking lessons with a professional ventriloquist. She started doing shows around town and also around the region for talent shows. After she got wind of AGT auditions happening in Austin, Texas, she insisted her parents let her try out. The rest, as you well know is history.

After headlining multiple shows, Darci began appearing on television frequently. In September 2017, she appeared on The Ellen Show and performed her AGT audition act, wowing the host and the audience all over again. She also made appearances on The Tonight Show and the Food Network show Winner Cake All. Besides talk shows, she also did a Christmas special with NBC named Darci Lynne: My Hometown Christmas. The special featured duets with violinist Lindsey Stirling and appearances from the AGT judges for a brief sketch.

If you’ve ever checked out her performance schedules, you’ll find that she only performs on weekends. Dates on any of the weekdays are never considered. This is to ensure that Darci does not miss out on school. In fact, the only instance that she has missed school was during her first live performance for AGT. It seems Darci is just as focused on her studies as she is in her passion for music. The native Oklahoman attends Deer Creek Middle School.  Recently, she announced a new tour Darci Lynne And Friends: Fresh Out of the Box. The performances will start from February 15th and end on March 10th.

What it’s like to perform with the person who you’ve always looked up to? Ask Darci, she has been there, done that. 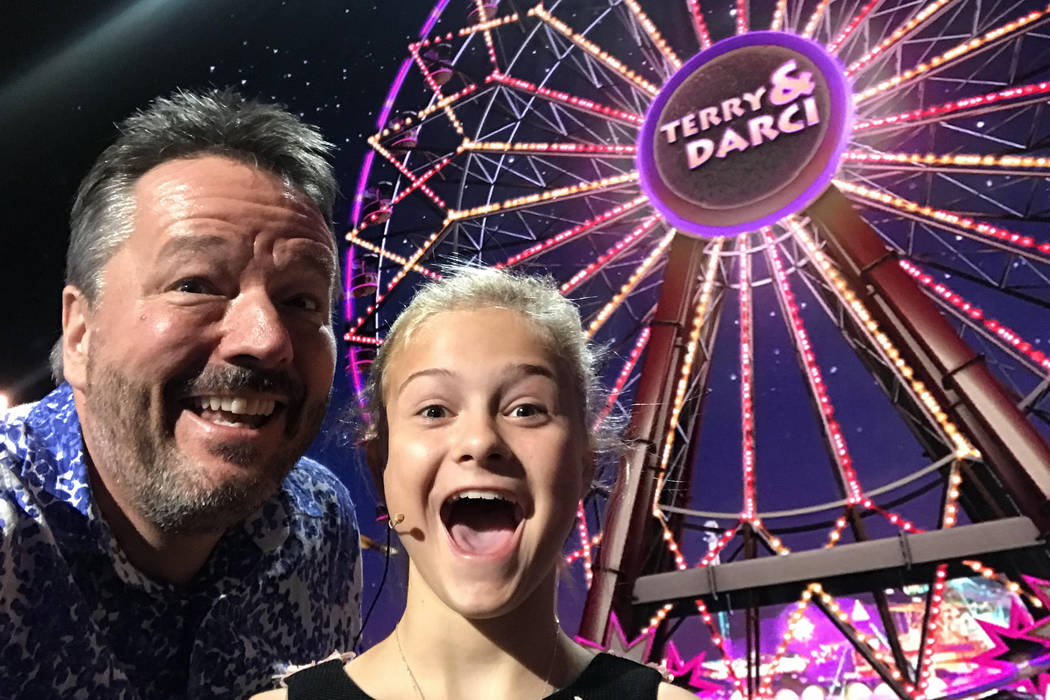 Darci has often mentioned that Terry Fator, who is the first ventriloquist act to win America’s Got Talent season 2, is a huge inspiration for her and is her idol. The young star wanted to perform with Terry and she saw her dream come true during her final performance on AGT. And guess what, the collaboration continued post-AGT as well. Darci made a guest appearance on one of Terry’s performances at The Hard Rock Hotel & Casino Tulsa in Oklahoma.

We have no doubt that Darci already tops music club in her school, but did you know she’s an accomplished gymnast too? Yup, besides singing and ventriloquism, the pint-sized prodigy showed an interest in gymnastics from an early age and put in several hours of work every week. She showed off her incredible flexibility at a basketball game for her hometown team Oklahoma City Thunder. Darci ‘faced-off’ with the team mascot, performing splits and several backflips, much to the cheers of the spectators. Talk about talent!

Darci has enjoyed a lot of success since her AGT days. Besides her ongoing tour, Darci is competing on America’s Got Talent: The Champions. She was eliminated in the second episode but has now advanced to the finals as one of the wildcard entries alongside Jon Dorenbos.

So, do you think Darci can be the first to win AGT twice or someone else will reign supreme?