Skip to content
Home » Lifestyle » 6 Most Talked About Celebrity Couples of 2018!

6 Most Talked About Celebrity Couples of 2018!

We have got plenty of celebrity couples who made headlines for several reasons, be it good, bad or otherwise. Some couples kept us glued on social media feed with their all loved-up moments, while for some, it was more like a dramatic year.  Today, we take a look at the most-talked-about couples of 2018.

LeToya Luckett got married to Dallas businessman, Tommicus in 2017 and announced her pregnancy in June 2018.  The VH1 show, T.I. and Tiny: Friends and Family Hustle documented their journey to parenthood, and their newlywed glow has been nothing short of contagious. The original Destiny’s Child member and her husband is set to welcome their first child, a baby girl. Tommicus is already a father to a daughter, Madison from his previous relationship.

While fans were scratching their heads on the Kanye West’s political rants and Twitter outbursts all year long, his cute family moment did bring a smile on fans’ face. Married in 2014, Kanye and Kim Kardashian are parents to three kids, North West (5), Saint West (3) and Chicago West (11 months). They welcomed their third child via surrogacy and named her Chicago after Kanye’s hometown.

Cardi B and Offset 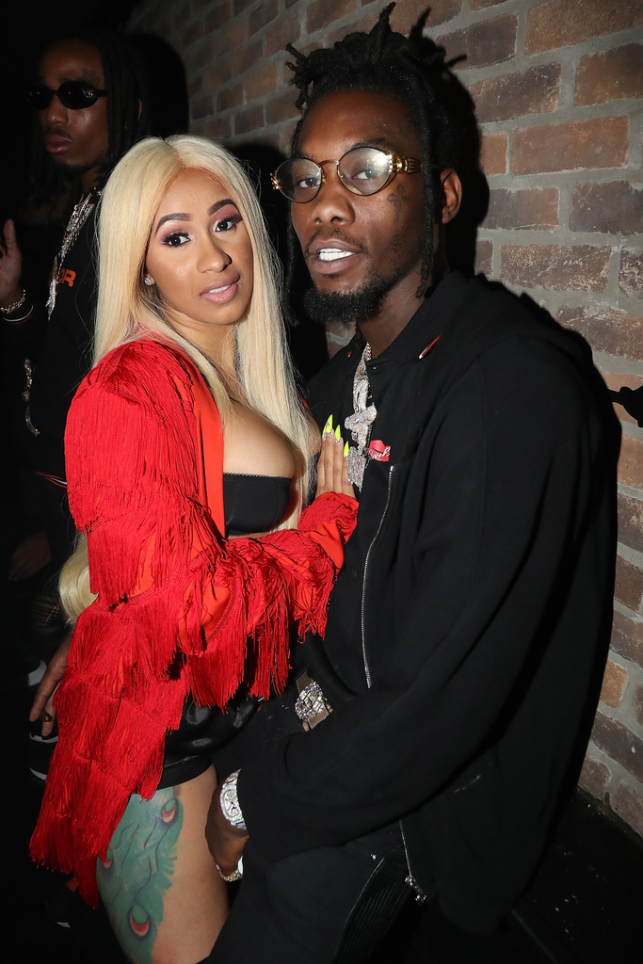 From welcoming a daughter, Kulture Kiari Cephus to revealing their secret marriage, Cardi B and Offset had us all talking for many reasons. While they were becoming the most adored couple, Cardi announced that they have separated on December 5, 2018. She said,

We got a lot of love for each other, but things just haven’t been working out between us for a long time.

Since then, Offset has been trying every method possible, including an unscheduled appearance at the Rolling Loud festival with a bouquet to lavish Christmas gifts, to win her back.

The Suits actress found her prince charming both, literally and figuratively. This year, she got married to Prince Harry and became the Duchess of Sussex. Before and after their “I Dos,” everything related to the new duchess had been trending. They kept the good news coming after they announced they are expecting. The newlywed couple will welcome their first baby in the spring of 2019. Talk about real life fairytale!

Ariana Grande shocked everyone after she broke up with her boyfriend of two years, late Mac Miller. Shortly after the split, she was spotted with SNL’s Pete Davidson. After dating for weeks, they announced that they had engaged in June. Fans couldn’t help but smile at the cute moments the couple shared. However, they called it off after a short time. The news surfaced a few days after the demise of Mac Miller on September 7. As of now, both of them are coping with their post-breakup situation. We wish nothing but happiness for the talented personalities.

Justin and Hayley sparked dating rumor for the first time in 2014. They got back together earlier this year after Justin broke up his on-again-off-again girlfriend, Selena Gomez. They went Instagram official in June. Along with the engagement rumors and the ex-drama, they kept everyone talking. Justin confirmed he is a married man via his Instagram post in November. From cuddly to the sweet and pure pictures of the loved-up couple, fans have adored every edge of their relationship.